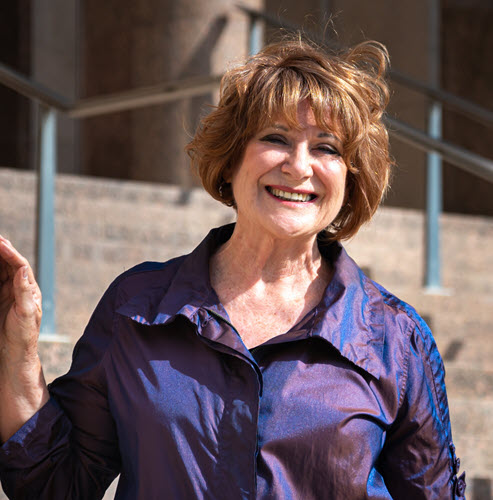 Estelle was born in Perth, Western Australia in 1950, living her pre-school years in the wheat belt town of Northam before the family returned to Perth in 1956.

Her mother Margaret Blackburn OAM JP was a schoolteacher and activist, and her father George Blackburn, born in the UK, was an AMP executive. Her elder brother, Dr Greg Blackburn, practised medicine and psychiatry. Her paternal grandmother, Annie Blackburn, was a Methodist deaconess who was granted a clerical collar to become the Minister of the Methodist Church in Denmark, Western Australia, in 1952.

After her first year of schooling at the local Floreat Primary School, she attended Presbyterian Ladies’ College, then went to Methodist Ladies College for high school – her first year there  in 1963 being the year that serial killer Eric Edgar Cooke terrified Perth.

Winning a Commonwealth scholarship to attend university, she undertook a Bachelor of Arts degree at The University of Western Australia, with a double major in psychology and anthropology, intending to become a social worker.

Gaining a cadetship at The West Australian newspaper changed Estelle’s career trajectory to journalism.  It went from covering police courts to becoming a political journalist in the State Parliament press gallery.

At 24, Estelle travelled to Europe, taking holiday jobs as a secretary and teaching English as a foreign language in London and Norway, and contributing articles to The West Australian. She returned to Perth aged 30 and joined the ABC as a radio and television reporter, including covering State Parliament.

In 1985, Estelle was invited to apply for a position in the media office of the WA government as the media advisor to government ministers, initially to the Minister for Police.  She was appointed as one of two media advisors to Carmen Lawrence when she became Australia’s first female State Premier (the equivalent of Governor in the USA).

Estelle’s career took another turn through a chance meeting with John Button’s brother Jim at a dance in November 1991. When Jim told her his brother had been framed and imprisoned for a murder committed by Eric Edgar Cooke, Estelle was shocked to hear Cooke’s name again, and sceptical about John’s claims, but met with him in February 1992. She decided to look into the possibility of wrongful conviction, giving up her job and selling her investment house to do so.

After Bret Christian augmented her fresh evidence with crucial scientific evidence of crash testing and solicitor Jonathan Davies and barrister Tom Percy QC took Button’s case to the Court of Criminal Appeal pro bono, the court quashed Button’s conviction on 15 February 2002 on the basis that Cooke had committed the murder,  .

A second man convicted of another of Cooke’s murders, Darryl Beamish, won a new appeal on the basis of the same fresh evidence, and with the same pro bono legal team and Bret Christian leading the support work, Beamish was exonerated on 4 April 2005 – again, the murder attributed to Cooke

Estelle then published a writing memoir The End of Innocence, launched at Sydney Writers Festival in 2007. Her update of this, renamed Writing Broken Lives, will be available soon.

After 13 years of authorship, public speaking and crusading for justice, Estelle moved to Australia’s capital city, Canberra, in 2009 to take up fulltime work again.  She continued working on cases of injustice.  After retiring at 70, she is working on two cases and advocating for changes in the justice system.

Estelle is the recipient of: